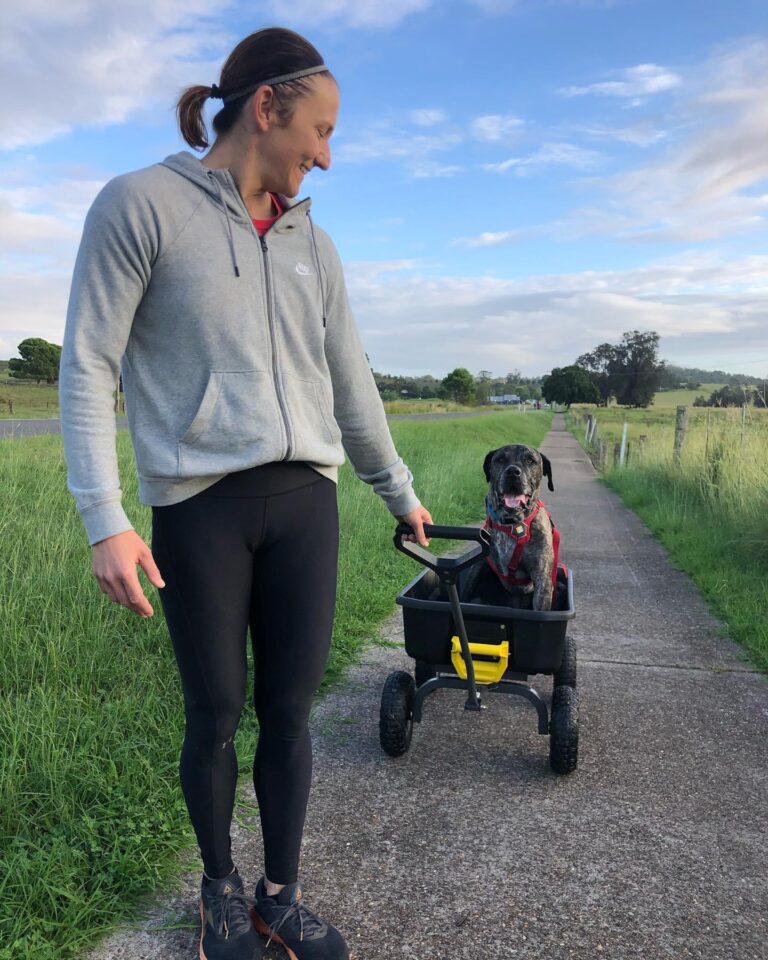 Ned was diagnosed with osteosarcoma in June 2020, after a trip to our local vet to pick up some arthritis meds. We had noticed that his usual aches and pains were becoming a bit more pronounced.

Ned was a rescue that came to us from Queensland, and quickly became part of our family. He protected our house to no end, but wanted all your pats outside of the house, and welcomed a number of sisters, fosters and ‘wandering’ dogs we’d come across.

Following diagnosis, we were referred to SASH, and commenced a number of radiation sessions which included overnights stay in Sydney. Ned then commenced six chemotherapy sessions with the team at SASH Tuggerah, which were always followed with a sneaky McDonalds drive through trip. We’d discussed amputating one of his front legs, but having previously had back surgery, ACL surgery and his ongoing arthritis, we had chosen against it.

On his final chemo appointment, Ned’s limp had become painful and Dr Penny spoke to me very honestly about our options; one of those being amputation. On 18 December 2020, Ned underwent his amputation surgery with Dr. Andrew Marchevsky.

My doubts on how Ned would live a fulfilled and happy life were definitely there, especially with a high-energy sister in Poptart,. Within a few days, Ned proved me very wrong. He hasn’t always been the most active kid; saving his energy and bursts for those really important things, like the arrival of the postman each day and the sound of a cheese packet opening. We continued our visits to SASH with some rehabilitation and hydrotherapy sessions, the latter being his least favourite except for the jar of peanut butter they always had on hand.

After a few months, Ned got his wheels or fondly known as ‘Neddy-Cart’. This meant we could still go on adventures with us, while being comfortable – the double takes as people walked, cycled and drove past were a bonus, but it was just Neddo getting on with it.

Neddo crossed the rainbow bridge on 22 May 2022, almost two years after his original diagnosis.

While Ned’s diagnosis broke us initially, it didn’t break him. Ned did what Ned does and just got on with life and so did we. While a cancer diagnosis is not ever what you want to hear, and every situation is different, Ned’s cancer story taught us that there’s still a life to be lived and enjoyed, so get on with it.

‘It’s not what happens to you, it’s how you react to it that matters’ – Epictetus

A post shared by Poptart and The Fonz (ayyy!) (@fonzdog_and_the_tart)

Share your pet’s cancer story for a chance to win!