Neisha, a gentle, nearly 12-year-old Flat coated Retriever arrived at SASH because her referring veterinarian was very concerned- Neisha’s owners had discovered a lump that had suddenly grown in Neisha’s neck region.

Unfortunately, lumps in older dogs often mean one thing – cancer. Even worse, with Neisha, the lump was an enlarged lymph node and as veterinarians, we fear that this finding in an older dog is most likely due to a cancer that has spread (or metastasised) to the regional lymph gland.

Neisha’s very thorough referring veterinarian had already taken some samples from the enlarged lymph node and whilst the results were not definitive, cancer was the leading suspicion and so Neisha was referred for further investigation and a more definitive diagnosis.

Dr Phil Brain saw Neisha and performed several tests including a CT (think X-ray on steroids) and recommended that the lymph node be removed surgically so it could be sent for lab analysis (histopathology and tissue culture).

When the CT was done, our astute radiology team evaluated the images and found a small region of bone far back in Neisha’s jaw that was being destroyed by something. Given that we were already most suspicious of a cancer that had spread to the lymph node, this was devastating- was this region the primary cancer site?..

Fearing the worst, Dr Phil Brain examined the region far back along the jaw bone and found a very small but very invasive piece of twig wedged deeply between the two back teeth of the jaw. Our fears turned into relief as we removed the twig and wondered whether the twig alone could have caused all these signs. The histopathology would tell us – was it cancer or not?

Three days later, the owners and the SASH team were delighted when the definitive results from the biopsy came back and no evidence of cancer was seen; just severe inflammation and damage to the lymph node (which surgical removal should resolve).

The gentle Neisha went home the following day and has made a wonderful recovery and we hope that she now realises a lady of nearly 12 years of age should stop chewing sticks and focus on softer treats from now on. 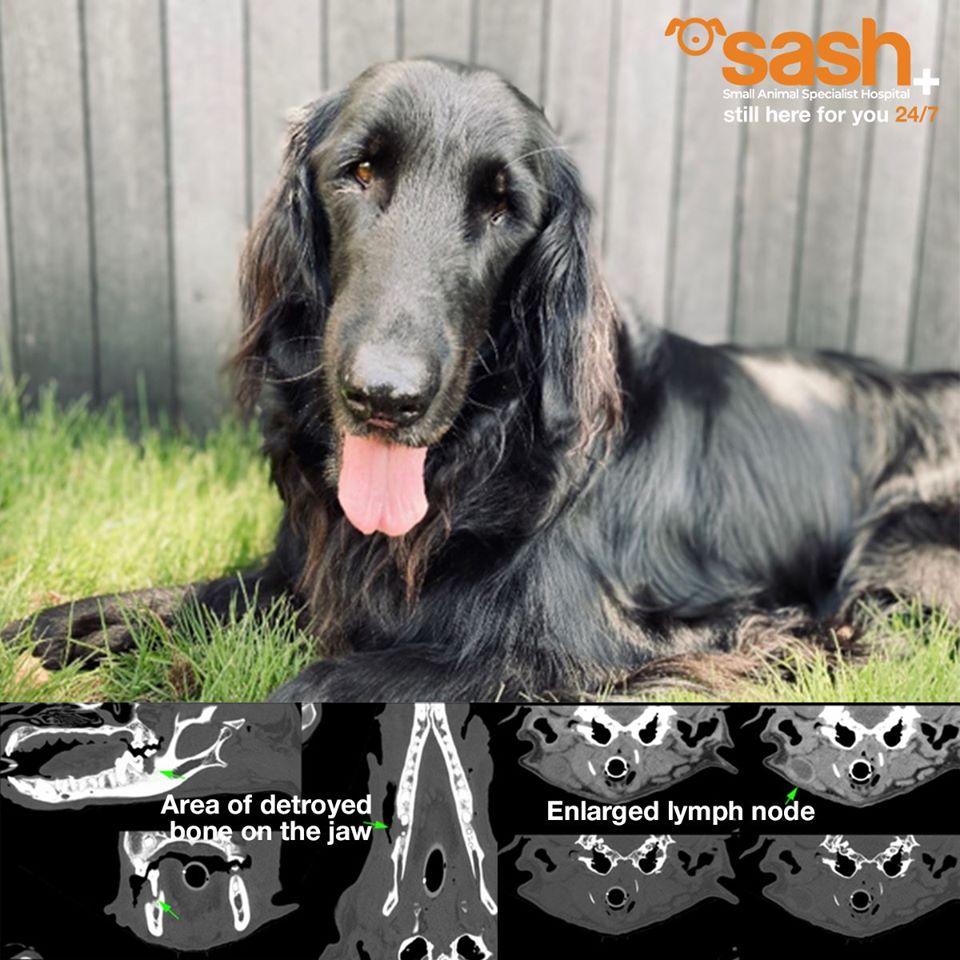