Dr Timothy Hopkins graduated from the University of Sydney in 2007 with First Class Honours, and completed his internship at SASH in 2008. Tim moved to the UK where he worked for two years as a general practice and emergency veterinarian in Central and Southwest London.

In 2011, he completed his Master of Science (Wild Animal Health) at the Royal Veterinary College. From 2012 to 2015 Tim was a wildlife veterinarian at the Institute of Zoology – the research arm of the Zoological Society of London – studying diseases that threaten or cause wildlife population declines.

In 2016 Tim returned to Australia, working in emergency hospitals in Adelaide, and the RSPCA in Canberra.

Tim’s has a very affectionate, bright and slightly neurotic spoodle named Bess, who loves to do zoomies and bury stolen socks. 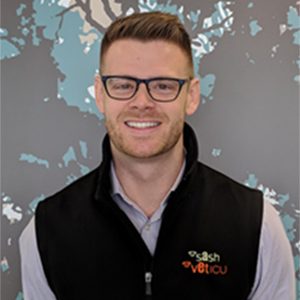