Philip has served on ASAVA executive for 18 years including a Presidential term and two terms as Honorary Secretary. He was recognized with an AVA Meritorious Service Award in 1999 and the ASAVA Distinguished Service Award in 2005. He became the first veterinarian to receive a Chartered Membership (CMAVA) of the AVA in 2004 and in 2007 was awarded with a Fellowship of the AVA.

Philip has also been involved with the veterinary nurses’ profession for many years having served on the National Industry Group for Veterinary Nursing since co-founding this group in 1994. He was recognised with a service to veterinary nursing award in 1997 and was the first veterinarian to be awarded honorary membership of the Veterinary Nurses Council of Australia in 2003.
Philip was a member of the Veterinarian’s inaugural editorial advisory panel from 1994 until 2005 and is currently Australian editor for Life Learn.

Philip is a registered specialist in small animal medicine – canine and feline medicine, whose professional interests include ultrasonography, endoscopy, interventional techniques and all aspects of advanced veterinary medical care.

At home Phil is lucky to have a beautiful Burmese cat and a Cavoodle, who share the house with Phil, his wife Tina and son Lachlan. 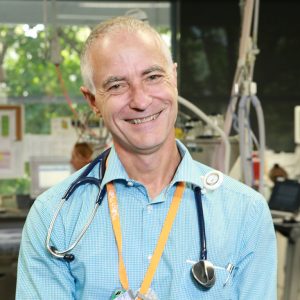