Dr Paul Jenkins graduated from University of Sydney in 2010. After graduation, he moved to Tamworth and worked in mixed practice for just over 3 years. He then moved hospitals in the same town, to South Tamworth Animal Hospital, which is a rural referral hospital, for two and a half years. During his time in Tamworth, he completed a postgraduate certificate and Masters in Small Animal Practice from Murdoch University in 2015. In 2016, Paul attained membership to the Small Animal Surgery Chapter of the Australian and New Zealand College of Veterinary Scientists.

Paul undertook a rotating internship at the Small Animal Specialist Hospital in 2017 and commenced his residency in Small Animal Surgery in the same year. Paul has completed his training in 2020.  He enjoys all aspects of surgery with a particular interest orthopaedics and joint disease.

During his residency, Paul was awarded the Geoff Robins Research Grant by the ANZCVS for his research in the radiographic outcomes of the double pelvic osteotomy in juvenile dogs with hip dysplasia.

Prior to starting his internship, Paul and his wife, Liz, spent time in Thailand and Malawi, Africa, participating in trap-neuter-release programs in Buddhist temples and rural villages in Africa.

When not at work Paul enjoys reading, spending time with his Labradors (Daphne and Wilson) and cat (Pickle), cooking, running, bushwalking and relaxing at the beach. 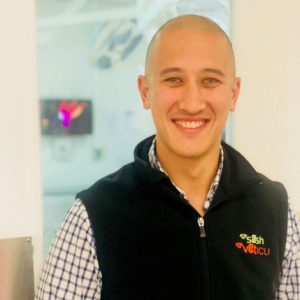