Dr Martin Havlicek graduated from the University of Veterinary and Pharmacological Sciences in Brno, Czech Republic, in 1992. He came to Australia in 1994 and was working with Advanced Anaesthesia Specialists from 1997 – 2000. He completed an internship in small animal surgery at the Animal Referral Hospital in Strathfield in 2000 and was admitted to the Australian College of Veterinary Scientists as a Member in Small Animal Surgery in the same year.

He then worked in a private practice in Brisbane, before taking up the position as a clinical instructor at the University of Queensland. In 2006, he completed a Residency training program in Small Animal Surgery at the Brisbane Veterinary Specialist Centre. He then travelled to the UK, Wey Referrals and The Animal Health Trust as a soft tissue and oncology surgeon during 2006 – 2007. He obtained his Fellowship in Small Animal Surgery of the Australian College of Veterinary Scientist in 2009. 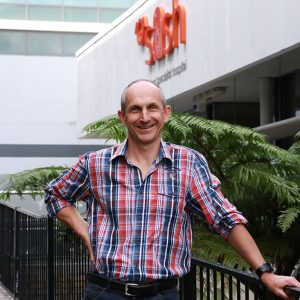