Alex graduated in 2005 from the University of Cambridge, and after a period working in mixed general practice in the UK and Saudi Arabia and emergency practice in Australia, he completed a surgical internship in Sydney, which was followed by an ECVN approved Veterinary Neurology and Neurosurgery residency at Melbourne University. He completed his studies at The Willows Referral Hospital in the UK before moving back to Australia to work in the Neurology department at SASH. He enjoys all aspects of neurology with a special focus on inflammatory CNS and neuromuscular diseases.

He is very excited to be working with as part of the Neurology team at SASH, and is currently studying towards sitting his Neurology diploma.

In his spare time he enjoys surf lifesaving, competing in surf boat rowing, and studying languages, he is currently trying to get to grips with the complexities of Arabic Grammar! 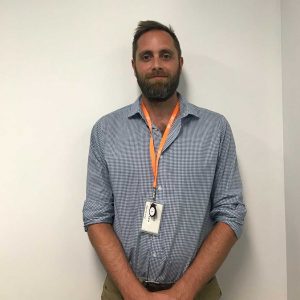